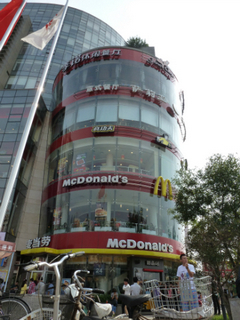 The title is more to attract your attention - truthfully, if you made the decision to study abroad, wherever you land is the best place to be. Recently, however, there has been a huge push towards studying abroad in non-traditional locations, most prominently China. Books, newspaper articles, Government initiatives, they're all promoting the biggest country in the Eastern hemisphere. Who does this benefit most? 21 year old college kids who want to go see the world! Here's why studying abroad in China, and more specifically, Beijing, is the thing to do these days.

1.  Beijing is still a place where students are pushed out of the ‘bubble’

If you haven’t read Justin Pope’s American students abroad pushed out of 'bubbles', I definitely suggest taking a look. One of the main points of the article is that as A) more and more American students are studying abroad (a positive thing!), and B) rapid improvement in technology makes communicating with friends and family back in the U.S. infinitely easier (also a positive thing!), “it's become easier to head off on what's supposed to be a voyage of discovery and fail to immerse oneself in the local culture.” This is obviously more prevalent in places like London, Barcelona, and Rome which have been hotspots for study abroad programs for the past 20 years, and have also been the biggest benefactors of globalization. The point isn’t that culture doesn’t exist in those places anymore; it’s more so that you’re no longer forced to immerse yourself in it.

How is Beijing different? I can definitively tell you most people don’t speak English here (common misconception), there are still relatively few Western people (never mind just Americans), and the current situation of life in Beijing brought on by the rapid change over the past 30 years has created an environment that while safe, is still undoubtedly a little uncomfortable. If you stay amongst only Americans or Westerners here, not only will it hinder your understanding of local culture, in Beijing it may actually make life more difficult. If you don’t adapt and make an attempt to understand and assimilate into Beijing life, I can almost guarantee you’ll be lost.

2.  Companies, Universities, and Governments are practically paying you to study in China

I would venture to guess most people already know this, but in case you don't, in November 2009, President Barack Obama announced the “100,000 Strong” initiative, which is a national effort designed to increase the number and diversify the composition of American students studying in China. The number of American students in China at that time was around 13,000, so you're talking about a roughly 750% increase - absolutely massive.  The “100,000 Strong” Initiative relies fully on private-sector donations and support to direct funds to existing U.S.-China educational exchange programs that are seeking to expand their programs. This means that scholarships aren't awarded to individuals, but rather through schools, institutions, and programs. Who's donating the dough? Companies like Caterpillar Inc., Citigroup, and Coca-Cola, who have all donated $1 million to the cause. 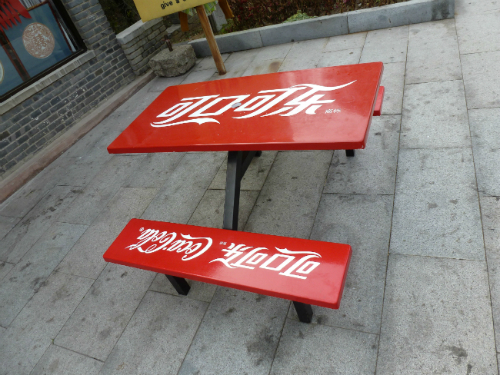 The Chinese Government is also joining in on the effort. In conjunction with the 100,000 strong initiative, it has committed to providing scholarships numbering anywhere from 10,000 to 30,000 in the near future. The Chinese Government Scholarship Program provides both full scholarships and partial scholarships to international students and scholars for both undergraduate and postgraduate programs, Chinese language training programs, general scholar, and senior scholar programs. This is awesome for people like me who aren’t an undergraduate or graduate student but still want to study through a Chinese language training program.

And you can't forget the study abroad organizations and programs who are just as integral to this whole plan as the companies donating the money for the scholarships. In a recent contest,  Abroad101.com partnered up with IEM Study Abroad to give away $10,000 in scholarships (first prize: $5,000, second: $3,000, and third: $2,000) for study abroad in China. The requirements? Providing contact information and a “free response” answer to the question, “Please describe why you deserve this scholarship, and how you would incorporate your studies in China back to your school or community." - if you genuinely want to go to China, that's cake.

3.  The job market is wide open

Before I get into this, in her speech at Howard University promoting the "100,000 Strong" initiative, Michelle Obama said "studying in countries like China is about so much more than just improving your own prospects in the global market", a statement I couldn't agree more with. If you're sole mission is to come to China, start a business, and take over the World without making a strong attempt at understanding Chinese culture, history, language, and daily life (i.e. everything besides their business practices and economy), you will fail miserably. It's no longer the time of white-haired Wall Street burnouts re-inventing themselves and their fortunes, all from the comfort of their domestically made giant leather chair. There is success to be had, but your first goal should be to learn about and understand this rapidly changing and awesomely powerful country.

And now my main point - whoever thinks there's no more room for expansion or investment in China, or that the economic bubble is going to burst, probably hasn't taken the time to get a full perspective on this situation. Here are some interesting facts:

As a recent college graduate, I can't tell you how many times I saw the requirement of "3-5 years experience" during my fruitless job search. Well fear not: 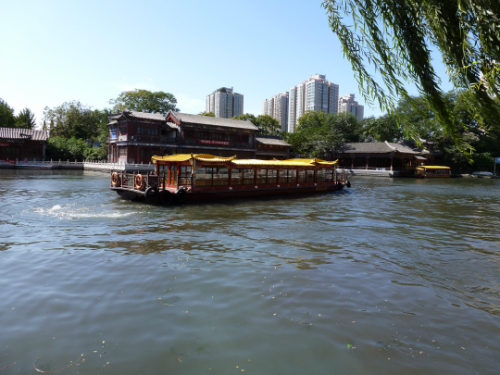 Studying abroad is pretty much the ultimate stepping stone if you're looking to make Beijing or China a long term gig. Get acclimated to the culture and daily life, learn about subjects like history, economics, and business, and make some great contacts, both American and Chinese.

4. My Favorite - Beijing is one of the most unique places on the Globe

In my post on The Study Abroad Blog, "Beijing: Sounds, Smells, Suds, And The Summer Palace" I described Beijing as "a combination of the American wild west circa 1875, modern technology, long-standing (and outdated by U.S. standards) traditions, and just general ridiculousness". Although meant to be taken in a lighthearted manner, it's still very true. Think about it: China has a 5,000 year old history but has only been a country for 60 years. The government, while still Communist, isn't exactly the prime model of Marx's ideas - it's Chinese Communism. While the state still owns/runs a large part of the country, the Chinese have been transitioning into  a market economy since 1978. Although China is still a relatively young country, it does have the use of the World's most modern technology to develop. But think about what would have happened, for example, if someone dropped all of today's amazing technology on the U.S. back in 1850 - it would have definitely caused some issues. My point is that China, and Beijing especially (being both the cultural and political "capital") is like no other city in the world because it has been influenced in a way that no other country or city has. And what a city Beijing is.

There you have it. If that doesn't convince you, I don't know what will.